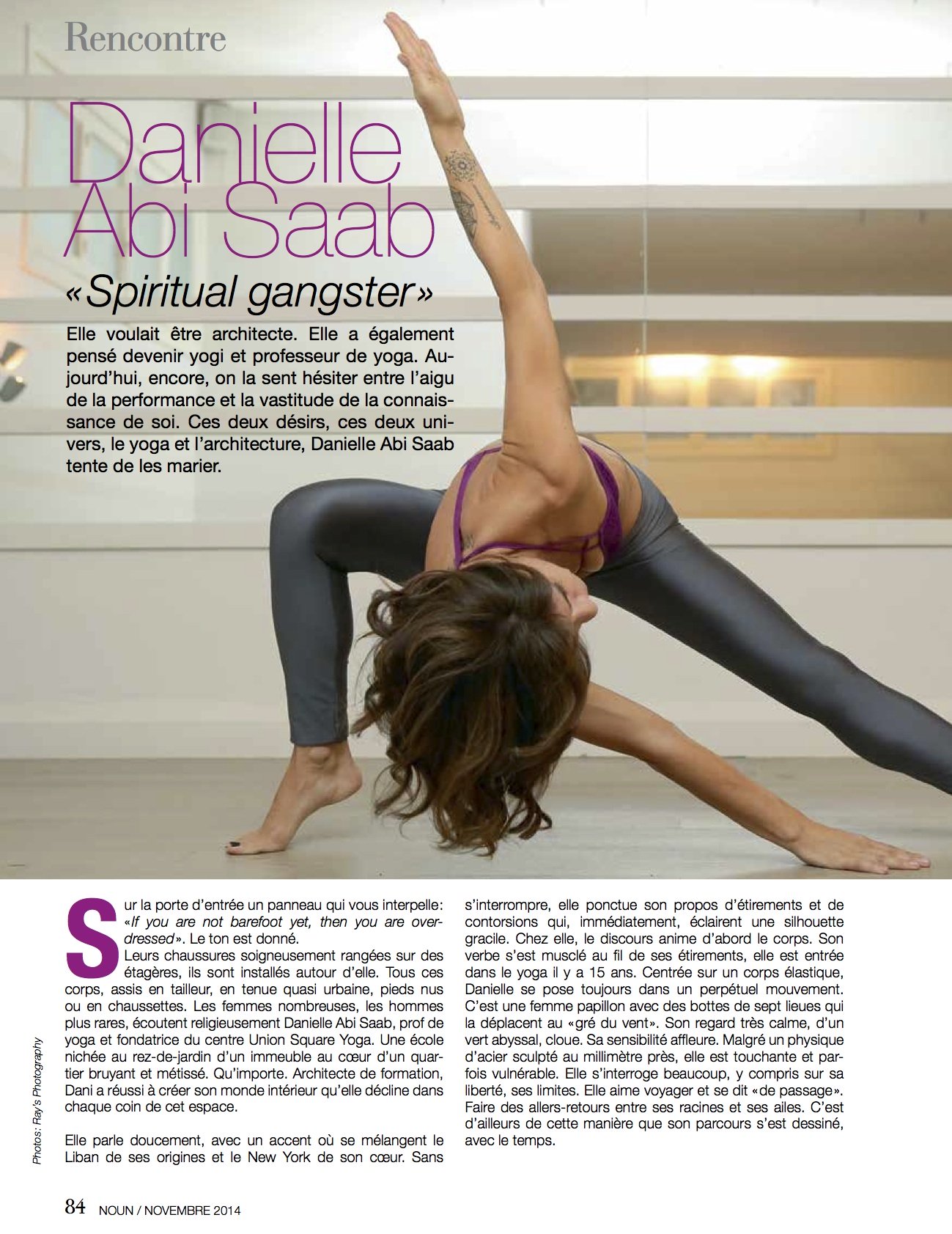 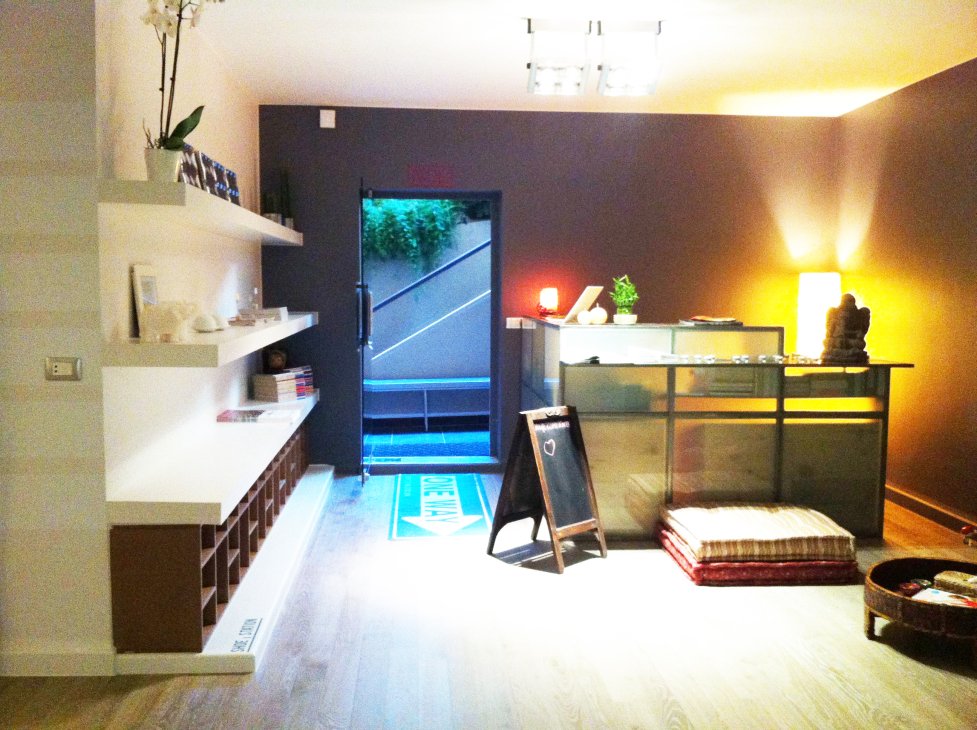 New York City-based architect turned Beirut-based yoga instructor, Danielle Abisaab, launched her first studio in her flat. After 11 successful years of establishing her yogic venture, she launched a  new studio designed by her personally putting both past and present career expertise to work. “Design and execution [took] two months. I was fortunate to work with an amazing and highly professional contractor who literally gave me the illusion of working in New York. ”The new space maximizes a basement  flat in Beirut’s Achrafieh district where students can buy membership cards or pay a per class rate. Abisaab used a North American business model and it has paid off- her ROI happened “nine months into operation.” The approach has garnered her hundreds of loyal students who also attend regular workshops staged by guest instructors, hosted by Abisaab. “My life partner is my business partner, couldn’t have done without him. It came about simply because he believes strongly in what I work hard at transmitting and putting out there.”Were there any setbacks? “This studio came together very easily as the result of past reflections and observations.” Namaste.

MIND BODY AND SOUL by Time Out Editors 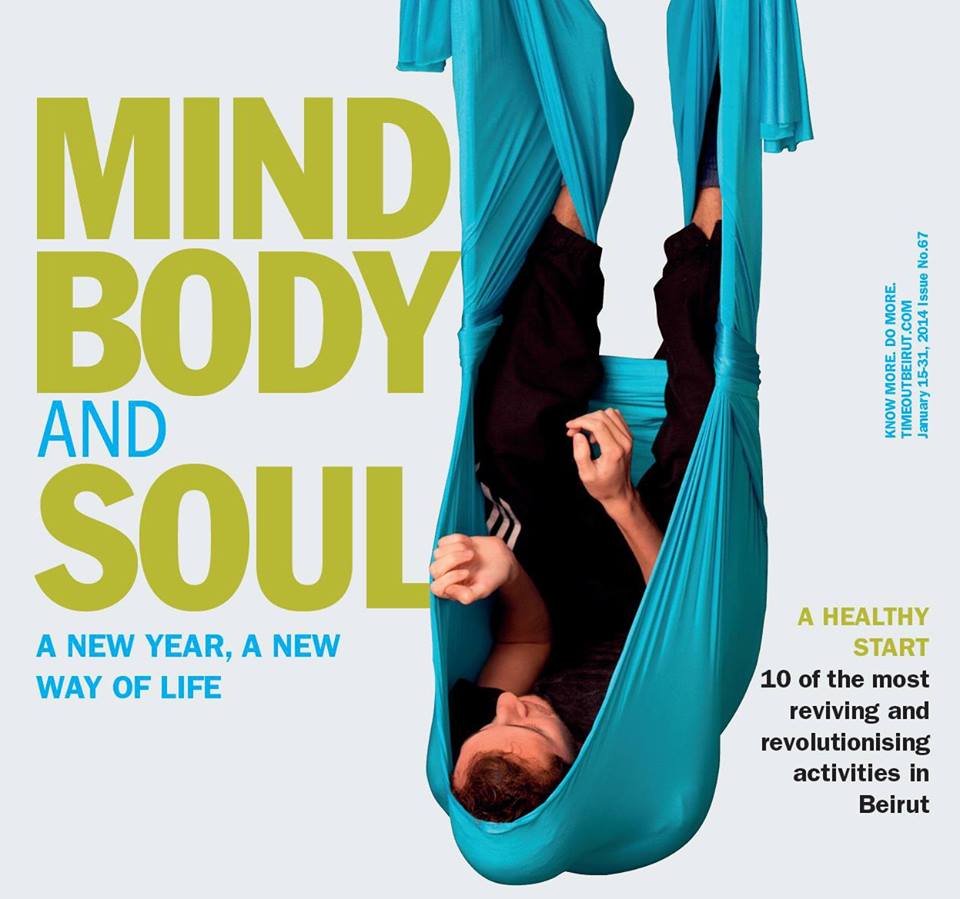 Aerial Yoga
Simply stepping out of the torrential rain and into Union Square Yoga’s studio was calming in itself. The modern, dimly lit room had been transformed into an ethereal glade of electric blue cloths suspended from the ceiling. ‘This is a restorative session’ our warm and welcoming instructor Dani revealed. Thank God, because TOB was nursing a particularly bad hangover and  the hammocks positioned before us looked rather inviting. Do not be fooled though, aided and supported by the aforementioned cloth, aerial yoga is still a wonderful workout. Seated to obligatory eastern chill-out music the session starts with a couple of chants of the mystical ‘ommmm’ and before you know it you’re flipping round in the air like the lithe, graceful acrobat you always suspected yourself to be. Conceived in America as recently as 2008, the combination of weightlessness, strength-building and utter calm that a yogic workout in the air gives you means its popularity is going global. Arching out like a springing virago drawing her bow, you find muscles you never knew existed waking, shuddering and emboldening as the class moves from position to position. If all this sounds like hard work (it shouldn’t), fear not – the last few minutes are spent cocooned in your hammock, shrouded in meditive thoughts and cloth alike, leaving you relaxed, revived and feeling a little bit kick-ass.
Union Square Yoga (01 204915) Hakim Bldg, 160 Achrafieh Str, Achrafieh. union2yoga@hotmail.com. Tue & Wed

Danielle Abisaab took an Aerial Yoga class and was immediately hooked after her first class, shortly after that she discovered and partook in the Unnata Aerial Yoga teacher training course with Michelle back in 2011. She is now teaching in Beirut / Lebanon where she has her own studio.

I discovered Aerial Yoga in NY a few years back, on a day where my sister insisted I should try “this new type of yoga”. Being that I no longer live in NY, I always feel no one should ever interferewith my busy schedule, reconnecting with my teachers, loading up on Yoga workshops and classes, hanging out with my friends or wandering aimlessly through the streets of NY. The amounts of time abandoning myself to the city love so much were not about to be curtailed by some “yoga that wasn’t even real…read more 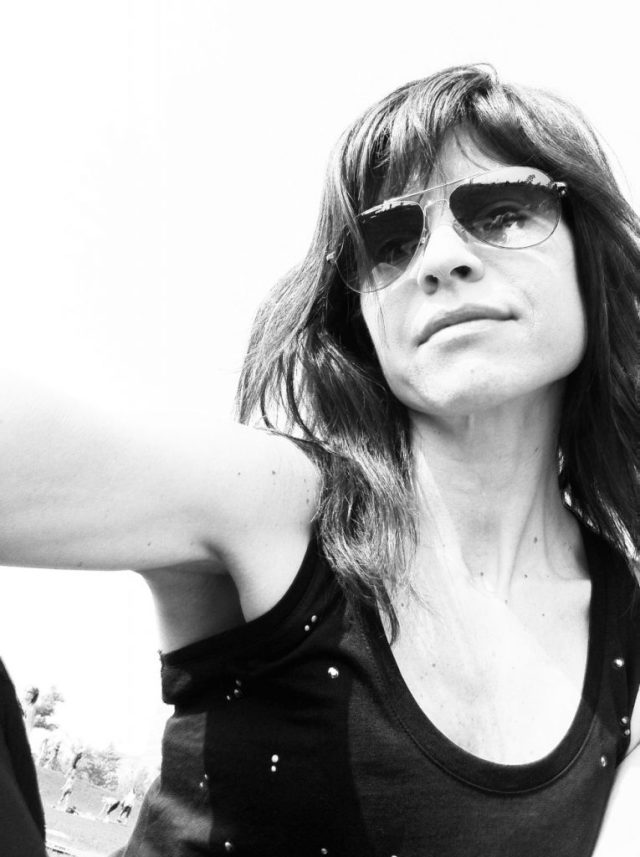 What sort of mood have you tried to create with your new studio?
A place where people can feel where they’re at home. To steer away from what regular yoga studios do: I’ve been to so many around the world, all with brown parquet floors and white walls, I wanted to make it a little bit more homely and more personalised. I like to think of it as a ‘yoga studio for dummies’, so people can be autonomous, they can find their
way on their own. On the walls it says where the blocks are, where the props are. It’s good for new people.

It’s very different to your last space.
I had the opportunity to break down walls, to change it, to design it from scratch….read more

Abisaab said fundraising through exercise might become a trend because it is “good for ourselves and others.”

“Yoga is the perfect platform to raise awareness and I am always game when it comes to noble causes, especially when they fall in perfect alignment with my utopic idea that no one should ever be sick, least of all children,” she said.

One of her students who works with the Brave Heart Fund suggested the idea a few months ago, Abisaab said.

She donated the two-hour session and helped organize the event with the support of DJ Jana Saleh and six other yoga instructors.

She planned on “highlighting how important it is to unveil all the hidden treasures we hold in our hearts and rid ourselves of all that hinders our growth so we can start inspiring and healing our children from the disease of the heart,” Abisaab said.

“I have attended many similar events on my yogic path, enough to know how transformative and resonating they can be,” Abisaab added. “So, it was a no-brainer.” read more 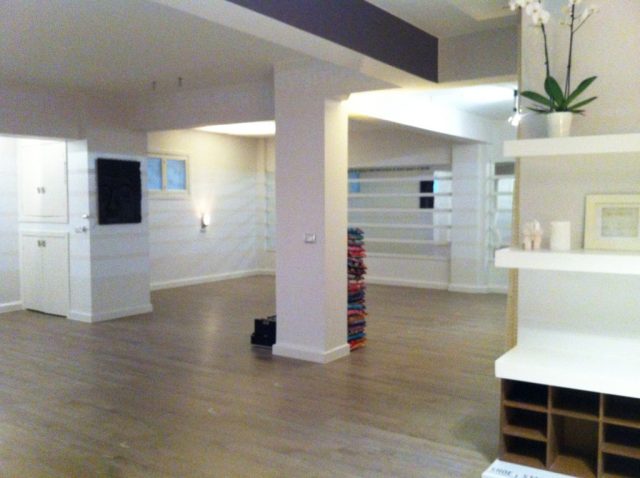 Danielle Abisaab, who has operated a “boutique studio” out of her home in Mar Mikhail for more than seven years, has recently brought aerial yoga to Lebanon.

Aerial yoga is a practice using a silk hammock to elevate and support the body as the person moves into different asanas (poses), using the force of gravity to help with alignment. Abisaab fell in love with the practice last year in New York City and obtained her certification.

“I didn’t want to waste my time on something that pretended to be yoga but wasn’t,” Abisaab says of her initial hesitance toward the practice. “But it is yoga, first and foremost, and you actually use the silk hammock as a prop, just like you would use a strap, blanket or any other prop.”

“It brings out the kid inside of you – spinning and laughing, with a little fear involved you start to support each other. It’s just so much fun.”

Abisaab offers private aerial yoga lessons, while she looks to expand her studio space – her landlady took issue with students suddenly hanging from the ceilings. Her regular classes at her h(OM)e studio are Vinyasa pop – a mix of Jivamukti and Ashtanga styles – and a slow Vinyasa flow class.

“When you start seeing other people and the benefits they reap from practicing yoga, then you’re seduced and you want to do it and that’s going to keep trickling. Definitely in Lebanon I can see a huge growth – there are a lot more practitioners and a lot more teachers,” Abisaab explains. read more

“In the centre of the studio, hanging from the ceiling was what I was to use as my harness – a hammock of silk. Jason and I gave each other sideways glances as Abi Saab entwined her body around the silk and flipped herself into the air, leaving her suspended upside down, at ease as a spider in her web. “I don’t think it is as easy as she makes it look,” Jason suggests, with the tiniest trace of a smirk. Over to me”…. read more

In the war-torn capital, where buildings remain bullet-ridden or blown away by rocket fire, Abisaab soothes minds and souls through the ancient discipline of yoga. And it’s working. A diverse group of students with broad backgrounds and beliefs come to Dani’s class to channel a brighter future through mindfulness. For them, yoga is a respite, an act of peace in weary Beirut. “Ohm” is their war cry.

Pioneering Beirut yogi Danielle Abisaab, who teaches classes out of her home studio in Mar Mikhael, has witnessed the growth of the trend since she moved from New York City back to Beirut to open her studio six years ago: “There are maybe 30 teachers now and [six years ago] there were less than 10. My classes grew from five people to 30 people and it keeps on growing.” read more